By BWS ManufacturingJune 8, 2016December 8th, 2017Our People
No Comments

By BWS Manufacturing June 8, 2016 Our People

This year marked the third that BWS Manufacturing rallied to support the local  Relay for Life event in support of the Canadian Cancer Society.  The team assembled trying to think of new ways to raise money early in the spring.  We were able to bring out some new options and raise some excitement in the meantime.  Our team gave away a pair of tickets to a Montreal Canadians game that included accommodations.  BWS would like to thank Russell Metals for their sponsorship of the grand prize.  Among the crowd favourites were a draw for a fire pit as well as a mosquito smoker made by the BWS welders. 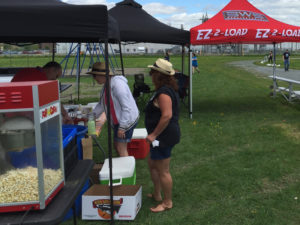 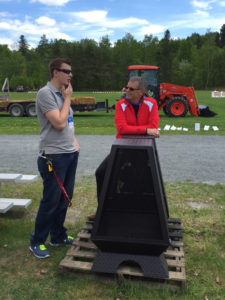 This year, wewere made aware that there was not a food vendor at the event so our team really pulled together in making curly fries and selling them at the event.  Popcorn, pop also accommodated extra fund raising with homemade doughnuts in loving memory of Rossella Shaw.  These doughnuts were Rosella’s specialty and we were happy to honour her.  Our own Mark Reid entertained at the track as well as the survivor dinner with singing. 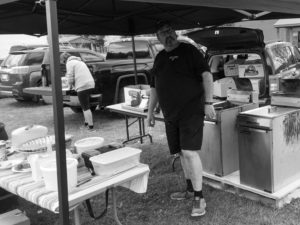 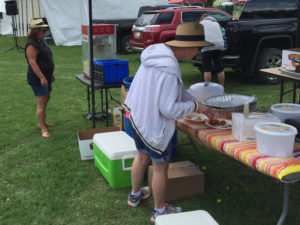 Team BWS feels great about their participation and interaction in this event as we were able to raise just over $3000.00 for cancer research and the support of locals going through a battle.  As an added feature, our new ADG Ultra Low Pro trailer doubled as the main stage at the event. 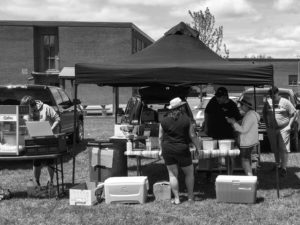 On Friday May 13, we celebrated MORE graduates of the Mig Welding Production Program. This concludes the 5th cohort of students. Congratulations to all who graduated! We are excited that we were able to hold the event at the Western Valley Multiplex. The venue is lovely and without covid restrictions, students…

Last week at BWS, we celebrated the most recent graduates of the Mig Welding Production Program. Congratulations to all who graduated!  Students learned a technical understanding of arc welding, welding safety, power sources, and much more! The course concentrates on MIG welding of Steel/Aluminum and offers onsite work and training here…

Our Staff Spotlight for the month of August is our extremely talented Lead Hand, Nathan Nicholson!  Nathan has worked at BWS for 18 years and counting.  He began his journey with the company as a Finish Off Technician when our facility was much smaller than it is today.  Currently, Nathan…

Last week, we had another successful summer shut down BBQ for our staff!  Each year we take vacation during the last week of July.  Our team works hard each and every day, so why not enjoy this beautiful New Brunswick weather? With many new projects under way, our staff have…